Transcript - Is the Coronavirus cover for the rapture?

Listen to "Is the Coronavirus cover for the Rapture?" on Spreaker.

Being the creative fiction writing thinker that I am, I decided to take a moment to consider what opportunity the Coronavirus afforded world governments. Apart from retarding a pandemic that I view as a total fiction, what advantage is there in having everyone stay home for a few weeks?

Of course you already know what I came up with based on the title for this message.

The rapture is the event where God returns to collect his people. Since little is said about it in Scripture, there are disputes and debates over the specifics. Particularly the timing, and why it occurs. Some say it's to spare God's people the hardship of living in this fallen world, while others say it's to glorify God when he appears in the clouds in a grand display of... grandiosity. Lifting his people into the clouds to participate in his second coming. However, the one thing everyone can agree on is that the rapture is the event where God's people are collected together in mass and separated from the world.

While some people are no doubt imagining that world governments are using a world-wide shutdown as an opportunity to position troops and take the world by storm overnight, I asked myself the question: what advantage does everyone being at home (for days or even weeks) afford the devil?

Remembering that he is, right now, the god of this world, I can imagine a scenario where he might call, the son of God a virus. And in a play-on-words fashion, since the brightest part of the sun is the Corona. You just join those two names together and you get the Coronavirus, right? And I wouldn't put it past him to fake a contagion to explain why suddenly a large swath of the world's population went missing. And thus therefore, the evil Satan who calls good bad and bad good, might describe the rapture as the Coronavirus.

Most Christian rapture movies currently depict mass worldwide chaos when the rapture occurs. And this results in the inevitable obvious question: where did everyone go? And that leads to those being left behind being confronted with the reality that God is real and thus they therefore missed the lifeboat. But what if it's much quieter than that? It seems like we're assuming that the devil couldn't possibly come up with an explanation for why people went missing. He is described as subtle, tricky and wise. And the Bible by the way, describes something that appears to go almost completely unnoticed as if it occurred in a dream. The description itself is easy to miss.


Therefore keep watch, because you do not know the day on which your Lord will come. But understand this: If the homeowner had known in which watch of the night the thief was coming, he would have kept watch and would not have let his house be broken into. For this reason, you also must be ready, because the Son of Man will come at an hour you do not expect.

For this podcast, I will ignore the debates about when it will happen or why it will happen. Because after all, God says no man knows the day or the hour. And I simply decided to ask myself the question: what does this coronavirus pandemic enable? What advantage is there in everyone staying home? If airplanes are grounded, traffic is at a virtual standstill, and people are living on the food they bought during their last shopping extravaganza, then the earth will become very quiet. And that by the way, reminds me of this Scripture:

When the Lamb opened the seventh seal, there was silence in heaven for about half an hour.

And that description itself is telling, isn't it? That doesn't sound like the sort of airplanes falling from the sky event our movies depict.

I think we can all agree that the earth has become quieter. And how much moreso would that be if people believed that this pandemic was real and raptures were being explained by world governments as deadly toxic infestations requiring that the bodies be collected by police and afterwards burned. I would think that under those circumstances, things would become quiet on earth also.

After this I looked, and behold, a great multitude that no one could number, from every nation, from all tribes and peoples and languages, standing before the throne and before the Lamb, clothed in white robes, with palm branches in their hands, and crying out with a loud voice, “Salvation belongs to our God who sits on the throne, and to the Lamb!” And all the angels were standing around the throne and around the elders and the four living creatures, and they fell on their faces before the throne and worshiped God, saying, “Amen! Blessing and glory and wisdom and thanksgiving and honor and power and might be to our God forever and ever! Amen.”


Then one of the elders addressed me, saying, “Who are these, clothed in white robes, and from where have they come?” I said to him, “Sir, you know.” And he said to me, “These are the ones coming out of the great tribulation. They have washed their robes and made them white in the blood of the Lamb.

That sounds like the result of a rapture, doesn't it?

Of course that raises the question: but what came in Revelation 1-6? And is it possible that we right now find ourselves living in the moments right before Jesus comes like a thief in the night to collect his people?

Well, you come to the right place, my friends! Revelation 1-3 is a series of letters from God to the seven churches telling them what they're doing right and what they're doing wrong. Revelation 4 describes God's Throne in heaven and so that means that only two other chapters stand in the way of answering the question:

What needs to happen first?

Revelation chapter 5 is entirely a Scripture of worship where we are taken to a scene in which John says,

And I saw a mighty angel proclaiming with a loud voice, “Who is worthy to open the scroll and break its seals?”

Of course Jesus Christ steps forward and does exactly that and the heavens cheer. Revelation 6 describes what happens as he opens each seal. And so we come to the matter of timing.

In Revelation 6, the first four seals unleash the four horsemen of the Apocalypse. The white, red, black and pale horses.

Now, that's a study in and of itself. And given the situation at hand, I suppose I'll move that up in priority. But suffices to say, that one could argue the plagues they foretell could have easily already happened.

The fifth seal unleashed the voices of the martyrs who asked the question: "How long O Lord?" before judgement. And God said, they needed to wait until their number was full.

The sixth seal is a big one:

When he opened the sixth seal, I looked, and behold, there was a great earthquake, and the sun became black as sackcloth, the full moon became like blood, and the stars of the sky fell to the earth as the fig tree sheds its winter fruit when shaken by a gale. The sky vanished like a scroll that is being rolled up, and every mountain and island was removed from its place. Then the kings of the earth and the great ones and the generals and the rich and the powerful, and everyone, slave and free, hid themselves in the caves and among the rocks of the mountains,

Now I'm going to say that hasn't happened yet, but that it could happen in a matter of a single day. And I would argue that if it did happen, it would likely trigger the silence I mentioned. It would also be a perfect distraction for the thief to come in the night. And so that leaves us only with the first half of chapter 7 of Revelation that would need to be fulfilled before the second half is triggered, which is in fact the raptured people appearing in heaven. As we discussed. The first half could go entirely unnoticed. This is where the 144,000 were sealed. We would have no indication that happened.

In addition to all of the things that I just mentioned is the fact that I noticed that I have been praying for things that are consistent with these Scriptures. For no reason. Meaning I stumbled on a Scripture that suggested I pray for a white robe as a covering for my nakedness and so I did. I prayed for that. And I find it fascinating that just a couple days after offering that unusual prayer, I noticed that those who were raptured were wearing white robes.

And so what does this mean?

It means there are possibly only two events left before the rapture of the church.

It is possible that the Coronavirus is the manifestation of the fourth horseman of the apocalypse. The pale rider who brings death to a quarter of the earth. And if that’s so, that will likely trigger the only other event mentioned in Revelation that occurs before the rapture is mentioned. Which is:

The earthquake that shakes the islands out of their place and sends the inhabitants of the earth running into caves to hide from wrath of God.

And equally important and particularly unique to our present time, is the fact that the technology currently exists to facilitate all of the events that occur in the rest of the book of Revelation. And that is unique to our generation. The one world government, the single currency, the religion, and the manifestation of the beast with the mark that he requires people use to buy and sell, are all possible in unprecedented ways.

If you listened to my podcast called “Are we in the Last Days?” then you know that I advise that people prayerfully consider leaving Manhattan because I make the compelling case that Manhattan is mystery Babylon and that the Bible says it will be destroyed in a single day.

And I also comment that because of the Coronavirus many people are fleeing from Manhattan to Pennsylvania, which strikes me as an act of mercy in that God might be causing an exodus to occur before the destruction comes.

If you have not yet received Christ, today is the day and now is the time to get saved. The same God who created everything with words, will honor your words if you will only believe and say this prayer with me:

Lord Jesus, I know I'm a sinner, but I believe you died on the cross for me and rose again from the dead. Now I turn from my sin and ask you to cleanse me from my sin, give me my new heart with you in it. I ask to be born-again. Be my Savior, my Lord, my God, my guide, and my friend. Please Lord, fill me with your Holy Spirit. I choose to follow you from this moment forward. In Jesus name I pray. Shalom!

As always, thank you for listening! Have a brilliant week! And if y'all don't come back here, or if I'm not here, then we all know why.

God bless us all every one! 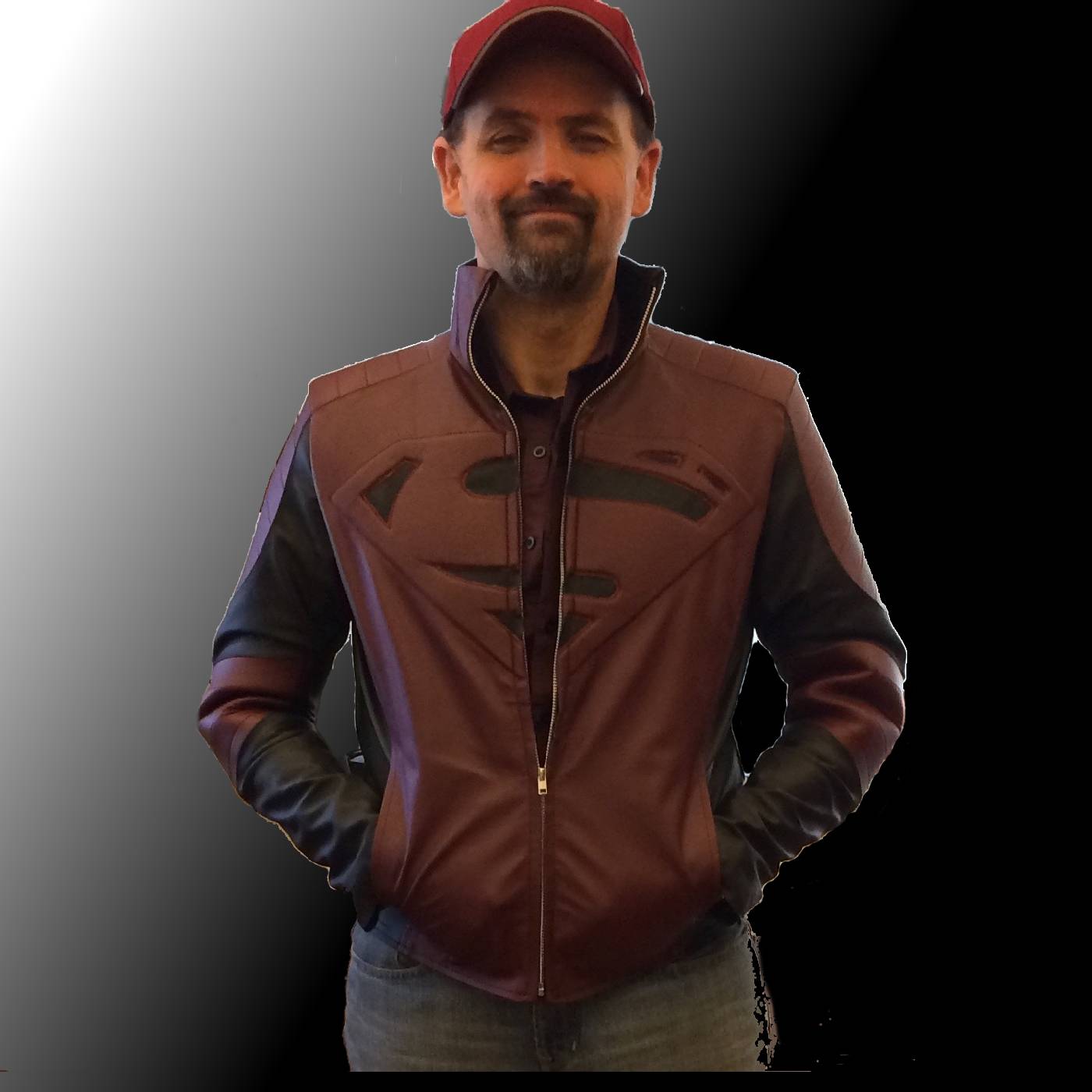